We Will Get There! 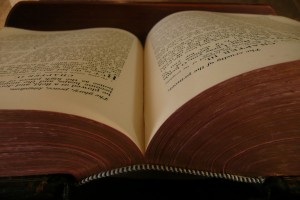 Approximately in 1772 BC lived a great Babylonian king in Mesopotamia called Hammurabi. He is famous for having evolved and enacted what is possibly the oldest code of law. Or at least the oldest code which was written down and still exists and has been subsequently deciphered.

Hammurabis code has 282 laws laid down in it and covers matters of contract, of household relationships, for example inheritance laws, and various terms of transactions like what is your liability if the oxen belonging to your neighbor dies when you have hired it for threshing.

It also has within its gamut the very famous eye for an eye and tooth for a tooth law of retribution adjusted suitably for, and graded differently, for the differing status of the people involved ; the premise being that obviously the eye of a slave was considerably less important than the eye of a nobleman and so forth.

In Hammurabis code , the death of a nobleman was punishable by death, but the death of a woman only obliged the killer to pay her husband or father half a gold mina and if she happened to be a slave woman , the price went down even further. In stark contrast if the eye of a man was injured, the liability was one whole mina of gold!

Justice ordained that the eye of a man was to be considered twice as valuable as the life of a woman.

No historian, evolutionary scientist or philosopher has been able to figure out till date, why in the hierarchical order between genders, men got awarded the higher position, but it seems to have been so in the annals of time as long as 4000 years back.

As all of us jointly attempt to bring things to a more even footing in the 21st century and get frustrated with the slow pace of change, maybe it is critical to recognize and be aware of the hundreds of centuries of baggage we are burdened with, on this particular issue.

It becomes even more important to keep pushing ahead in order to ensure that every step we take and every stereotype we break continues to chip away at the slowly collapsing edifice of gender inequality.

The walls; they will, come a-crumbing down one day -of that I am sure!