Stereotypes Vs Sensitivity_ Understanding Culture In The Time Of Diversity 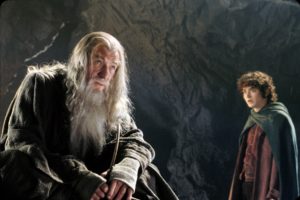 Middle Earth is in danger and there is a job to be done.

A sinister, powerful ring to be destroyed. And Gandalf the Grey, in his infinite wisdom, entrusts the perilous job to a young, weak, innocent Hobbit called Frodo.

Because Hobbits, as a race, are known to lack a hunger for power. They’re humble, satisfied beings who want for nothing more than what they have, which meant that the ring would exert less of an influence on their kind.

Gandalf gambled the future of the entire world as he knew it on a cultural stereotype.

And it paid off.

Enough fiction, though. Is there ever a situation, in our real-life, modern workplaces, where doing the same wouldn’t be a reprehensible act? 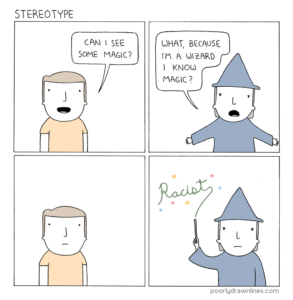 The Thin Line Between Stereotypes and Sensitivity

One of the world’s most comprehensive studies on how culture affects workplace values, conducted by professor Geert Hofstede, found that:

The study was done on the employees of IBM between 1967 and 1973, covering over 70 countries. What Hofstede found was that the relative differences in behaviour, based on cultural influence, remained stable over time. Shifts in cultures are usually global, which meant that relative changes took place in several cultures together, keeping the relative scores similar.

When the study was applied to real-world business scenarios, it highlighted the importance of flexible leadership styles. It brought up the need to acknowledge that people from different cultural backgrounds may have different answers to the questions “what makes a good leader?” and “how should teammates relate to each other?”

As a leader, prioritizing diversity and inclusion does not mean being blind to the cultural differences of your workforce.

It means seeing them clearly.

It means being unbiased in your understanding of cultural bias, and adapting global practices to each employee’s local cultural values.

Studies suggest that one way in which the approach differs comes down to whether the culture is monochronic or polychronic. Polychronic people, like Indians, take on more than one task at a time, are emotional and passionate about their work, are more flexible about deadlines and punctuality, and pay a lot of attention to context.

Remember all those jokes about Indian standard time? The fact that Indians are polychronic could be why!

Monochronic cultures, like Germany for example, place a huge amount of importance on promptness, stick to plans strictly, respect privacy, take on only one task at a time, and don’t pay as much attention to context.

Even nepotism has found a way to survive into the present by taking on a new avatar in Japan. Here, family-run companies needed to find a way to keep the business in the family, even if the next generation showed no signs of interest or capability.

The phenomenon, known as adult adoption, allows the CEOs of family-run companies like Suzuki, Canon, and Toyota to effectively surpass the biological “heir”, by adopting the person that they deem most capable and then passing the company on to them.

It’s interesting that a practice that would cause an uproar in some other developed countries, is widely accepted and unchecked in Japan.

Here’s the thing. Almost everyone stereotypes.

Study after study has proved this. It’s impossible to stop stereotyping, it’s an evolutionary response that we developed for survival. It helps us think fast and make accurate snap decisions in alien or stressful situations.

The only way to ensure that stereotypes don’t negatively affect our decision making is to be as aware of them as possible. To recognize that we do this all the time, and to learn how to think around them.

Take the Indian Army, for example. Why is it that certain races, like Punjabis, Gorkhas, and Rajputs, form such a large chunk of the military force? Is it because they were named Martial Races by the British during colonial times, and the moniker bled into their culture and upbringing through the ensuing years? Or is it that they’re physically stronger, since they come from agricultural or hunting cultures, or from conflicted mountainous regions?

Clearly, history played a role, since the British exclusively began to recruit from these cultures after 1857. So did self-perception and sheer genetics.

The Problem is Biased Exclusion

But this also displays the problem with stereotyping. It’s led to a system where the President’s bodyguards are only chosen from Jats, Rajputs, and Sikhs, in a blatant hangover from the time of the British Martial Races.

Though it is important to understand that stereotyping doesn’t always lead to prejudice, when it does, the consequence is biased exclusion.

Even when a stereotype seems positive, like “Sikhs are extremely well suited for the armed forces” it means the exclusion of races that are consequently considered “less suited”.

If Western cultures are known to be more monochronic, would it be such a far leap of logic to wonder whether a Swiss or German would take a more organized, step-by-step approach to a certain task, or whether an Indian or Brazilian would bring passion and the capacity to multitask to a role?

By the end of his study, professor Hofstede concluded that culture only exists by comparison. Every individual human being is unique. The influence of culture only becomes apparent when you take two different cultures and look at them side by side.

So how exactly should we acknowledge cultural influence, without giving in to prejudice?

How do we make sure that we are aware of all the ways in which we stereotype people, while also making the deliberate decision to reject unfair bias every, single time?

These are hard questions, but they are ones that we need to answer if we, as People Leaders, want to create workplaces that are truly diverse and inclusive.

What do you think of stereotyping? Is it inevitable or does it need to be eradicated? Let me know in the comments below!

The opinions expressed in this article are my own, based on my years of experience in the field of People Management, and not on behalf of Intuit.