My Code is Red 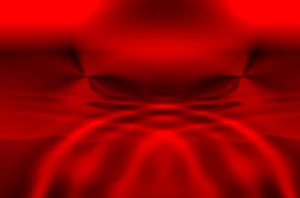 Recently on a social networking site a young urban mother had shared a query which her son had raised. Upon reading the question I thought – Oh, now how will she explain this natural process to her son? But … Ahoy! The young mother took all the accolades for explaining the trickiest process of menstruation to her son so smoothly. It was a handy reference for facing my growing son.

This is the progressive view of modern India, where young mothers are attempting to sensitize their male broods about why women bleed. These educated parents are getting their kids mindful of the truth that menstruation is not something to be ridiculed about. They should learn to respect and appreciate nature’s gift to women. These young boys will grow up to be the future male colleagues, friends, neighbors, partners, batch mates to women and hence they need to be educated. I feel proud to be a part of India’s grand manthan.

But it is also heart breaking to read when religious priests or influencers try to demarcate menstruating women from entering the temple premises. With due respect their bigot selves think that these women are impure and by letting them inside the holy sanctum during bleeding days; they will corrupt the sacred precincts. Is this believable to any educated and prudent being?

We may have heard our grandmothers referring to primitive times when the bleeding women or the girl was not allowed to enter the kitchen, touch pickles or sleep on the same bed. Due to lack of education and courage women could not oppose this discrimination in those days. But their meek submission to patriarchal systems did not mean that this practice of discrimination was right.

If bleeding women mean impurity or contamination then what do the men of scriptures have to say on the purity of Hindu Goddesses? Women bleed because they are gifted with reproducing another human being inside their tender womb. God has blessed them with this ability. How can this God’s gift be impure?

In Hinduism there are many different avatars of Goddess. Amongst them there is an avatar of bleeding Goddess named “Kamakhya Devi”. This temple is in Guwahati, where once a year the locals say that the Goddess bleeds and hence the river Brahmaputra turns to red colour. Now that’s a different question whether there is a live witness to this transformation of the river or do the temple-keepers pour vermillion into the river, but that fact of the matter is that this is symbolic of the menstruating cycle. It is an exhibition of the power and strength of the Goddess.

India is dotted with Shakti Kamakhya temples in the state of Kerala, Orissa, where bleeding is celebrated as a festival. It indeed is a celebration of life, regeneration and fulfillment. Then what makes this natural cycle impure, contaminated or adulterated.

I think this has got more to do with the mind sets of people and the curators of our holy places. May be these guardians of the temple in Kerala could get a sponsored return tickets to Kamakhya temple by a women right wing organization. Or else we may think of inventing a machine to ban “impure” men from entering any temple of Goddess.

Inspired by the young mother and her son, I think menstruation should no longer be a taboo, which is always whispered and not talked.