Men for Diversity and Inclusion 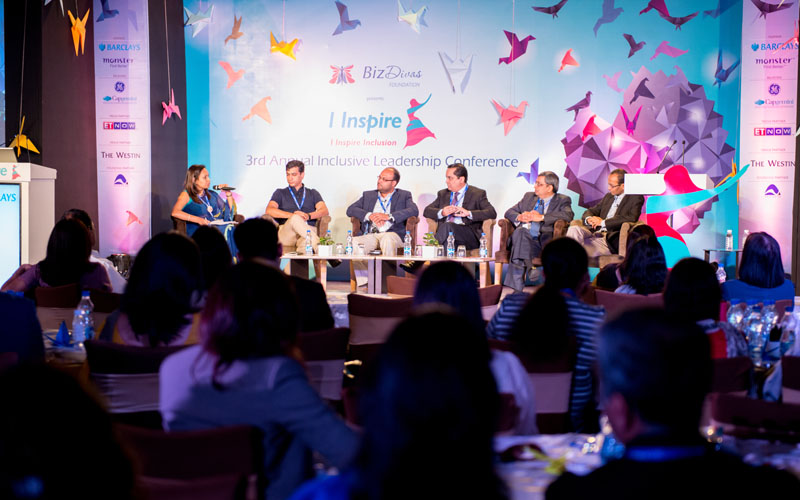 The first step towards inclusion of diversity begins with its acknowledgement. Humans possess an inherent ability to segregate jobs and make them gender specific, just like one always has a picture of a male electrician in mind when an electronic device needs to be repaired. Men and women see themselves and their skills differently. Organizations make certain assumptions about women before hiring them for key positions like a woman might be uncomfortable to travel in the new job role since she has children. In order to change these perceptions, it is important that an unbiased outlook and culture is inculcated from within the organization through equal participation, from both men and women.

Diversity cannot just be simply achieved through increased female contribution in strategic decision making; it requires a well rooted understanding and importance of how men can embrace this gender divide and utilize it towards a common goal.

The IT sector has evidently focused on Gender inclusion. Entry level hiring is done with an accurate picture of diversity in mind; however it becomes a struggle to maintain the same level of diversity as they move up the corporate ladder. Apple hired 65% more women in the year 2013 globally, but women still represent only 31% of the total workforce which is an increase of 1 % compared to 2012.  The tech industry clearly has a long way to go in including both men and women in their diversity practices however active efforts seem promising.

The Cardinal health group, a global Fortune 25 health care products and services company has recently taken an initiative to drive their Diversity and Inclusion program through 2 eminent male leaders. Their motto was to engage their male leaders fully in a cultural shift and to build awareness of how unconscious biases and beliefs influence behaviour and ultimately the organizational culture. Tangible results from these initiatives include a composition of 44% women in their leadership in 2014 as opposed to zero in 2010 and a turnover for females at the manager level and above at 5.2 percent — which is lower than it is for their male counterparts (6.3 percent).

Discussing gender sensitivity triggers not only the aim of encouraging women to discuss gender bias but also enlightens the male participants to realize how their decisions have unintended consequences. Another example from the Cardinal health group- a leader in the nuclear pharmacy business was finding it difficult to hire women, even though a great number of women are pharmacy graduates, to move to some of the newer locations. The nature of the nuclear pharmacy business requires pharmacists to work during the early morning or late night hours and hence women were not comfortable with the current locations. The need to consider location (in safe neighborhoods), good parking, and proper outdoor lighting was eminent to attract female talent.

“Inclusion begins with an I-India being an astounding example of diversity, it is only practical for us to take the lead on inclusion”- I-Inspire 2015 organized by Biz Divas had four male panellists and an overall increased male participation which in itself is a tremendous step towards gender equality. The panel discussion emphasized on how women are an equal part of human capital and how inclusion can influence the culture for all the right reasons.

While we are acknowledging and making progress relative to diversity and Inclusion, we still have a long way to go. Practices which can eventually be incorporated as habits at workplace can make a great deal of difference, for instance- Conscious efforts to avoid sexist jokes and discouraging your colleagues to indulge in them, offering support to single parents-both men and women to manage their work and personal responsibilities and including women in the professional network to understand that a diverse perspective would lead to positive repercussions. Even though women tend to have similar professional goals with their male colleagues, there will be a contrast based on their demographic identity which in turn effects their professional identity. Therefore it is important to educate and encourage men to play their role and drive Diversity and Inclusion so that its potential towards economic growth is tapped to the fullest.