Including Men in Menstrual Conversations – Is it needed? 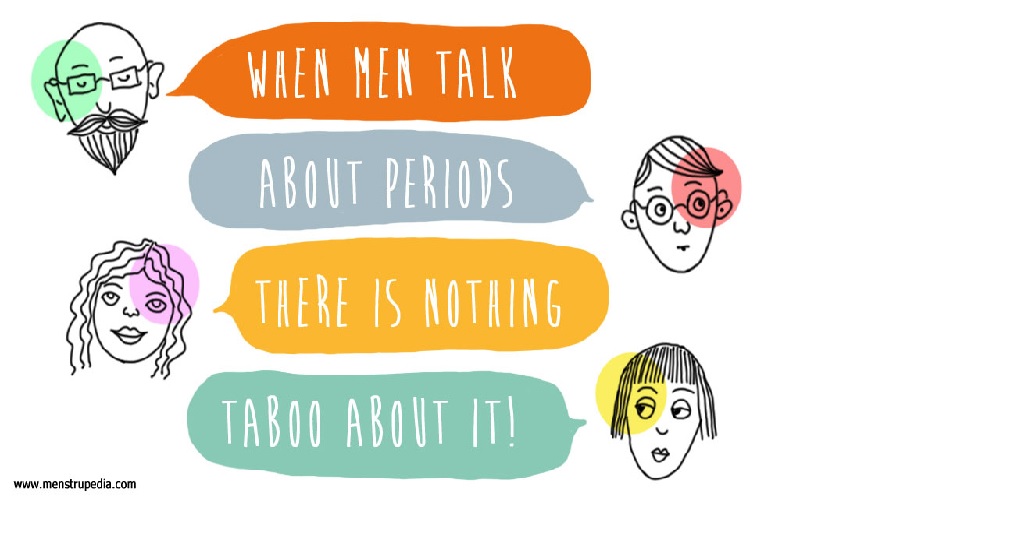 I once asked in one of my talks – Do you think Men should be included in the Menstrual conversations?

A girl raised hand and said yes. I asked why do you think so? She responded because the word MENstruation has MEN in it…:p

While the entire class burst into laughter, I paused and acknowledged what she said was just perfect.

But truly speaking, I feel not just because Menstruation has MEN in it becomes the sole reason for having inclusive period conversations. But there’s a lot more to it.

Menstruation, a life-giving process yet a timeless taboo, is untouched by any of the modern evolutions. Though half of our population gets their periods for almost half of their lives, most women still shudder to talk about it normally.

The key to breaking a taboo is openly talking about it in society and the conversations should be inclusive ensuring to include both men and women.

When I was in 9th standard, we had a team from Whisper at our school who encouraged us to use napkins and maintain hygiene. One of the giveaways was a calendar to maintain a period track and I loved maintaining my tracker and made some notes about my menstrual experience. One of the days, we were away for our library period and when we came back, I had this weird sense that boys of my class were looking at me and talking among themselves, laughing loudly, cracking jokes. And then a boy who was also a good friend of me, came up and hinted that we opened your bag and found something. My heart skipped a beat as I was praying they didn’t see my period tracker. But I was wrong, they saw it and were making fun of it. Making fun of all the pics in the calendar, of the fact that we bleed. This embarrassed me so much that I was absent for the whole of the week and would check with my friend every day to find out if those guys had forgotten about that incident.

And there were many girls who went through the same distress and agony at some point in their lives. These incidents impact a girl’s productivity because she misses her school, in rural areas some of them refrain from attending school during these days, which means they lose out on 15% of their studies every month. And collectively it is a lot!!

When I think back of this incident, it just reinforces the belief that it is so important for boys to know about periods, it is important for them to understand that this is a normal biological process of a woman’s body and that it is the source of existence of human race on earth. There is nothing to make fun of or joke about it and that their understanding will empower the women of their lives to be smarter and confident individuals tomorrow.

To accelerate this, we have started to conduct inclusive awareness talks and our first talk was with the employees of a multinational corporate. We were overwhelmed with their response and their support implying that they too felt, it was important to break silence around this topic, it’s important to break stereotypes after all menstruation is not just a woman’s thing. It impacts the people around her as well, directly or indirectly.

What do you think about this? Are you comfortable having an open conversation with your father, brother or son about periods?