In the absence of well-framed employment relations law, setting out mandates of Diversity and Inclusion could be perplexing in terms of identifying the problems, challenges and executing development plans. A diverse country like India faces challenges that are unique and hence attaining inclusion becomes a challenge. Here Barclays HeForShe campaign deserves special mention.

Barclays aims to foster an inclusive culture where individuals of all backgrounds feel confident in bringing their whole selves to work, feel they have an opportunity to be successful and their talents are nurtured, empowering them to contribute fully to Barclays’ vision and goals. 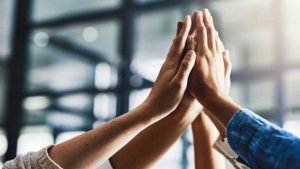 Barclays works in the area of gender diversity across all sites and entities in India. Barclays is nominated for its HeForShe initiative, a United Nations global campaign to engage one billion men in the advancement of women’s rights as part of UN Women’s awareness efforts. The HeForShe campaign has seen 150% increase in support base in India over the past 18 months. Currently, one-third of Barclays HeForShe supporters are in India.

HeforShe: The HeForShe solidarity movement was created by UN Women to provide a systematic approach and targeted platform where a global audience can engage and become change agents for the achievement of gender equality in our lifetime. As IMPACT Champion, Barclays has made gender equality an institutional priority, committing to real change within and beyond our organization; pledging to develop bold and game-changing commitments to advance and ultimately achieve gender equality for all.

The HeforShe team has been actively supporting the organizational initiatives around diverse talent attraction, retention and development. The team has played a key role by promoting the diversity referral programs, has encouraged leaders to mentor women talent and the leaders to be reverse mentored. Further, the team has featured several male ally role models on various communication platforms and has also partnered with other IMPACT champions in the region to facilitate best practice sharing. For the second consecutive year, the male allies hosted the ‘Gender diversity in Technology’ event in Pune which was attended by several industry peers.

One of the interesting initiatives that the team has been championing is the cause of Flexible / Dynamic working across India. The male allies rolled out many success stories of women colleagues from junior to middle-level who have benefitted from the initiative. Given the sizeable colleague strength in India at this level, targeted case studies have been effective in driving empowerment especially amongst junior colleagues, as often it is seen that Dynamic working is associated with a senior colleague, this exercise was specifically done to break that myth. The male allies also organised a cross-industry roundtable on flexi-working in partnership with Nasscom.

Barclays is fully committed to delivering a supportive and nurturing working environment in which the unique talents of each employee are fully utilised.