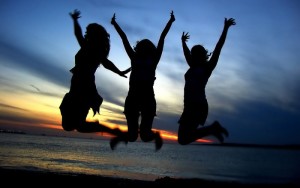 Women have become intrepid travelers. They no longer hesitate to throw on a backpack and set off on a hike

Whoâ€™s the typical adventure traveler? A 28-year-old male who is single, pumps iron and has a size 42 chest? Not any more! A recent survey by an American travel company says that the typical adventure traveler is a 47 year old female and she wears a size 12 dress! The survey says older women are experiencing this rite of passages and Baby Boomers and single mothers are ready to set out on an adventure trip more than ever before.

Women travelling on their own in India too is a growing tribe. Last week at an all women travel meet organized at a five star hotel by a leading travel company, there were as many as 40 women travelers. And what was amazing is that each one had a story to tell of travelling in India and abroad.

Take Anubha for instance. She has been travelling on her own to several countries and has hilarious tales to tell. Anubha has done the â€œQueenâ€ like travel, long before the movie and on her own. â€œI never tell my parents or relatives that I am travelling alone,â€ she says. Anubha has been to more than 46 countries, backpacking, living in cheap hotels, and even in back of a truck.

There are others zithromax online prices like Reema. She too has been bitten by the travel bug. She and her sister just got into a car and drove off on a road trip, discovering their itinerary along the way by calling friends for tips and directions. That was her first trip, since then thereâ€™s been no looking back, she says. 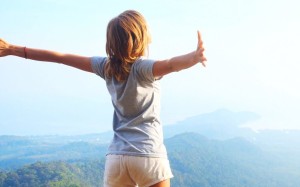 Another one whoâ€™s been caught by travel mania is Nina Sangma. Nina is 35, single and works with an internet portal. She saves a part of her salary every month so that at the end of each year, she can take off on a trip on her bucket list. Year before last, she and three of her gal pals went off to a trip to Brazil, last year it was Italy and this year sheâ€™s off to the Netherlands and Germany. â€œThe ticket from here to Amsterdam is the most expensive, the rest is not costing me much,â€™â€™ says Nina. After doing extensive research on the Net to get cheap bed and breakfast deals, Nina says, the total cost of her month long trip to these two countries will not cross Rs 1.5 lakhs.

The girlfriendsâ€™ getaway market is the latest buzz in the travel industry around the world. In the US, itâ€™s about 4 per cent of the market while in India is less than one per cent. However, itâ€™s a growing segment and the travel industry is yet to wake up to the economic power of women traveler.

So whatâ€™s stopping you? Just pick up your backpack and let the traveler in you take over!