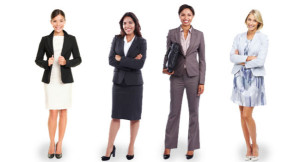 The UPSC results have once again proved the supremacy of women intelligence. Holding four positions out of top five ranks in the recently declared results is only a story of grit and aptitude. Soon all the newspapers and news channels were flashing this achievement and interviewing these administrative officers in making and their respective families.

It was a moment of celebration for India too, since it reflected women equality and progression. But alas! How short lived are happy moments. Soon we also had the news of Ms Smita Sabharwal, all India fourth ranker from 2001 batch, who became a victim of “yellow journalism” by none other than the established “Outlook” media house. It is a pity to comment and create news sensation out of the attire of an efficient IAS officer, who has done exceptional welfare work in the last 14 years.  Sadly so, even world leader Hillary R Clinton is also talked more by the media for the power dresses that she wears rather than the power speeches she gives at international forums.

The list of well read, accomplished and dignified Indian women who are at places of repute is very long. But the question is have they reached their easily, without anyone digging at them personally? Didn’t they all have to face some sort of discrimination or harassment while achieving the professional feats? The answer is a resounding no.

Women go through the unfortunate reality of harassment and discrimination.

-If a woman at workplace is more capable buy azithromycin in uk than her men colleagues, she is unintentionally bruising the ego of the man.

-If a woman at workplace is attractive, she may be linked and numerous passes would be made at her.

-If it’s a single woman, lecherous men may try to take advantage.

If a serious looking and well-meaning IAS officer can be commented upon her clothes, then imagine what will be the state of affairs of lakhs of women who may not be at such senior position of authority.

It does not surprise me when the length of the skirt or the depth of the blouse becomes the deciding factor for the airline men choose. Given how men are; the on air cabin crew in Indian Airlines or the Air India is detested because of the humble saree the attending staff wears.  We may be 2015; but there are still many silent corporate and MNC male colleagues, who drool when they see a lady colleague in serious business skirts or suits.  There is still a long way to go before piquant men start talking about the commendable jobs of his lady colleague than her attire. Men-colleagues at work need to stop objectifying women and accept them as human beings. Women don’t need any sort of pity or special reservations. They just need equity of basic human rights of respect and dignity.

Audrey Hepburn has put it so correctly – The beauty of a woman is not in the clothes she wears, the figure that she carries or the way she combs her hair.