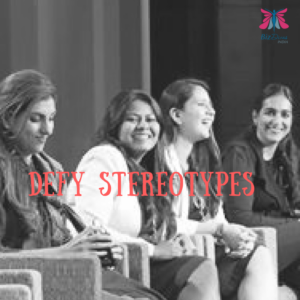 How’s that for smashing the hell out of gender prototypes, homophobia, minority stereotypes, ageism, and just about every norm held precious by a close-minded, regressive, moralistic society? Pretty impressive, right? That’s the television commercial of e-commerce platform e-Bay.

The ad sends heteronormativity packing with its powerful message of acceptance of the so-called “other”, and celebration of different life choices made by ordinary men and women in our midst. The video shows a number of situations where people are seen breaking away from the mould, and doing what comes naturally to them, using products they have purchased from eBay.

Conceptualized by BBDO India, the campaign aims to inspire consumers to stop being judgmental and be more accepting of different lifestyles and life choices, even if they are non-conformist and frowned upon by a society unable to shed its prejudice. The tagline “10 crore things that don’t judge” packs a powerful punch, booting out heterosexism that is so pervasive in our society, even as it sends across the commercial message that you can buy everything under the sun on eBay.

In the recent past, television ads have gone boldly where daily soaps fear to tread. In the process, they have managed to break the mould and gain acceptance at the same time. It could be argued that the change in advertising is driven by the new realities of society. Or it might be a case of setting trends. Take the case of online fashion wear retailer, Myntra. For its contemporary ethnic wear brand, Anouk, Myntra rolled out a series of three ad films, each touching upon issues revolving around women who make bold choices in their life. The ads, made by O&M, talk about lesbianism, being single and single parenting, while promoting ethnic clothing in a very non-intrusive manner. The most hard-hitting of the lot is the one where a lesbian couple gets ready to meet the parents of one of the partners.  The highlight of the ad is the couple not afraid of disclosing their relationship to their parents.

A very bold statement that made people sit up and take notice in a country where homosexuality is illegal, and same-sex couples just holding hands in public can invite the ire of passers-by, and high-handedness from authorities. What made the ad even more in-your-face was the portrayal of a female gay couple, which shocks people in India even more than a male gay couple. But Myntra went ahead nonetheless with its message:  “Your choices make you bold, your boldness makes you beautiful. Anouk celebrates the ‘Bold’ you.”

e-Bay and Myntra are not pioneers in portraying gay and lesbian couples in ads — there have been others. Way back in 2010, Pepsi made an ad where Ranbir Kapoor pretended to be the gay lover of his friend’s prospective groom to save her from an unwanted marriage, Hindustan Times had a spot showing a young man chide his friend for making fun of a gay couple in a restaurant, with the text saying “It is time to open our minds”, a Vodafone ad depicted an ad man in a gay relationship dodging the persistent calls of his mother who is beseeching him to get married.

However, the eBay and Myntra ads go the distance, not leaving anything to the imagination. There are no subtle hints – the characters are very forthright about their choices, and, most importantly, completely unapologetic about them. They declare their intention to live their life their way quite uninhibitedly. The spots have triggered social conversations revolving around themes that were considered taboo not too long ago. Hopefully, more will follow.

Other ads that go the distance

In addition to the same-sex theme, of late, there have been other path-breaking ads that have delivered timely, meaningful social messages. A case in point is the “#Like a Girl” campaign started by feminine care brand, Whisper. Universally, the phrase “like a girl” is used to connote negative imagery. It’s supposed to be an insult. “You run like a girl”, “you throw like a girl”, “you fight like a girl” are flung across quite frequently in a pejorative way. The Whisper ad aims at changing the connotations. It shows a young boy being asked what “like a girl” means to him. He makes disdainful comments about girls, but soon realizes that he has insulted his own sister by making scornful comments about girls. The voice-over then has somebody asking young girls what “throw like a girl”, “run like a girl” means to them. They respond by declaring it means doing the best they can, and being as competitive as anybody. The message is clear: “Like a girl” needs to undergo a transformation. It needs to mean being unstoppable, competitive and positive. The initiative got a boost when actress Sonakshi Sinha and Rio Olympics bronze medallist Sakshi Malik joined the movement and announced their association with the “#Like a Girl, and Proud” campaign.

Whisper also started the #Touch the Pickle campaign, in which it encouraged young girls to break the taboos and give the go-by to the fuddy-duddy thinking that women are not supposed to wear whites during their periods, or touch pickle. The ad shows an assortment of elderly ladies cheering on a young girl who touches the pickle jar, wears white and plays badminton during her periods.

Then there is the “Will of Steel” ad of JSW Steel, featuring Commonwealth Games, 2010, gold medal winner, Geeta Phogat. The video has a very conservative, patriarchal setting, with a man in heavily-accented Haryanavi talking about the place of girls, what they should and should not do, how they should and should not behave, and the consequences of women crossing the “Lakshman rekha”, even as Geeta is shown defying each and every diktat and breaking all stereotypes as she goes about her training and wrestling. Geeta’s actions are in sharp contrast to the preachy sermons enunciated by the voice-over. The ad makes a telling statement, declaring that even in rural hinterlands, women have arrived, and will do their own thing.

Even as these ads break the mould, they also ignite the age-old debate: should advertising depict societal reality, or should it go the distance and take upon itself the onerous task of sending positive messaging, setting standards, raising the bar and leading society towards acceptance and political correctness? Whichever way that debate pans out, the fact that these ads have garnered thousands of views on Youtube and continue to be talked about, mostly positively, is refreshing. While it is nobody’s contention that suddenly, society will accept same-sex couples, or send girls to wrestle, or not pass denigrating comments about single mothers, it is heartening that these hitherto forbidden topics are being discussed and shown on prime time television.

Sometimes, a nudge in the right direction works wonders.