4 ways women can help each other get ahead at work 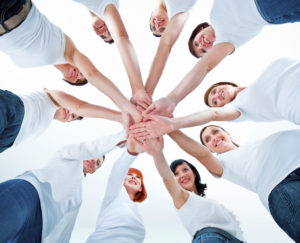 Madeleine Albright, former United States Ambassador to the United Nations, famously said, “There is a special place in hell for women who don’t help other women.” And she may have a point.

Several companies today are being managed and run by women. From this position of leadership, they are best placed to help other women down the ranks rise to the top. Yet many women leaders fail to recognize the important role they can play to reduce gender inequality at a senior level in organizations. Often, though committed to the advancement of other women, they don’t necessarily know how that can be done.

Similarly, women co-workers don’t realize the importance of showing solidarity. By treating a women colleague as an ally rather than opponent, you can only ensure your own growth and success in the organization.

Here are five suggestions about how women can help other women get ahead and, in the process, pave the way for their own success:

So instead of competing, forge a bond through mentoring. If you’re a team leader, take a junior woman colleague under your wing. If you’re junior, ask to shadow a senior woman manager. A good mentor can provide counsel in stressful times, share career advice and offer support when required. Look for a mentor who has varied work experience so she can provide you with perspective on your career.

In order to combat this bias, it is important for women to educate themselves and also spread awareness about these biases among female colleagues. You can do so by coming together, talking about experiences in the workplace and speaking up as a group if company policies and practices need to be changed.

This article was first published on MonsterIndia.com